Attorney Peter J. Bartinik Jr. is selected a 2013 Super Lawyer for both Connecticut and New England

Mr. Peter Bartinik, Jr. has been selected as a 2013 Connecticut Super Lawyer because he has demonstrated excellence in the practice of law.  It is an honor that is limited to no more than five percent of the attorneys within State of Connecticut

Super Lawyers recognizes attorney who have distinguished themselves in their legal practice. The Selection process is rigorous and results in third-party validation of his professional accomplishments.

Attorney Bartinik’s name and contact information will be included in the following publication: 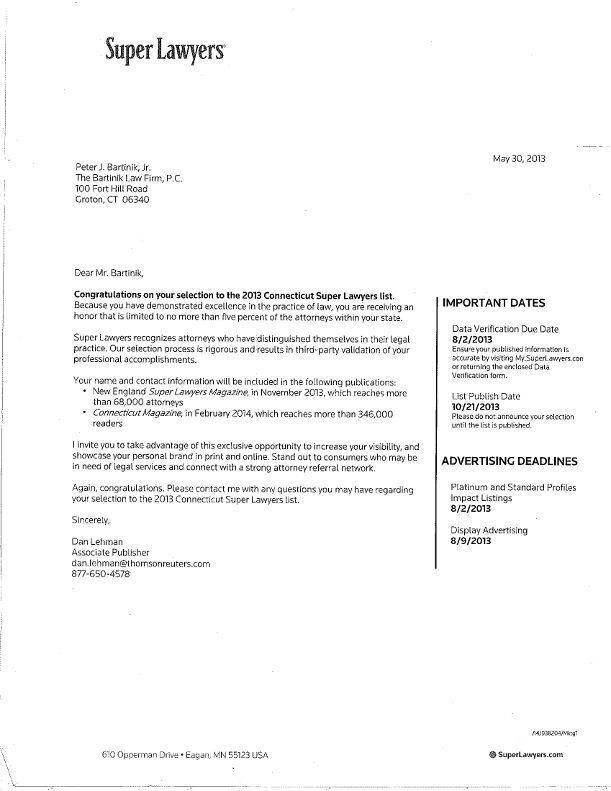